How to Get Into an Ivy League School 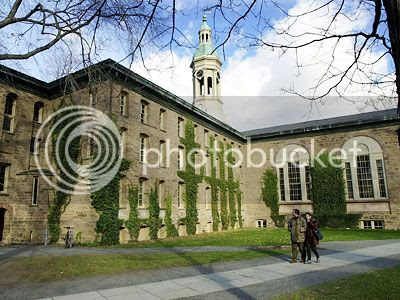 OK, so one of the keys to having a great corporate pedigree is to have attended and Ivy League School (And by Ivy League I do mean any of the top-tier national schools). For most people, it is too late to change this. There is always the option of going to get a graduate degree at a top-tier university, but for most people in the working world, that just isn't going to happen. This is for all the young people who are wondering just how I did it and what advice I may have. Remember my post about compound interest? The point of that post was to emphasize how doing a little bit now, can pay big rewards in the future. This is my view on how important it is to do well at an early age to get into the right school.

I want to be very clear about this point before I move forward. You do not need an Ivy League degree to get a good job or to be successful. Getting an Ivy League degree does not guarantee success. What it does do is present a signal to potential employers is that somehow, someway, you made it through a very selective process. This is an important consideration in many managers hiring process. My alma-mater accepts around 10% of all applicants. And this is 10% of an already very selective group. It reminds me of that Seinfeld episode where George is able to meet beautiful women because he has a picture of a model who is supposedly his dead fiancee. The women accept him because he has already been selected by another beautiful woman.

Every time I go into a job interview, at some point someone says to me, "Obviously you are smart, you went to Princeton..." This is an important point. By default I am assumed smart. I got accepted to Princeton more than a dozen years ago, and yet it still works and is paying dividends for me. It won't get me the job by itself, but it at least allows me to get my foot in the door. It's up to me to shove my way through.

So what do I know about getting into an Ivy League School? Well I got into several, I still do interviews for Princeton, and I actually had a college friend on the admissions board for a while. So what's the secret? Here it is, there isn't any. I can assure you that there is no magic formula for getting into the best schools. Each and every application is read, and read by multiple people. What catches the eye of one, may not catch the eye of another. That being said, here are the basics in order of what I believe is important.

Get good grades in the hardest classes. I want to emphasize hardest, because A's in classes that aren't challenging just don't carry as much weight. You don't have to get straight A's (I didn't. Got a handful of B's) and you don't have to be #1 in your class (I was #8) but it doesn't hurt. Your record has to demonstrate that you consistently challenged yourself and that you excelled in those challenges. Ivy League schools are looking for people who know how to tackle problems, get things solved, and aren't afraid of what might come their way.

Do stuff outside of class. Obvious but important. However, don't join every club for the sake of joining a club. Top schools prefer it much more if you can show you were committed and exceeded in a few areas than you spending an hour a week in twenty different clubs. This of course flies in the face of what I did, as I wasn't particularly talented in any one thing. Everyone at Princeton, besides being smart, tended to have one really good talent whether it be playing an instrument or being good at sports. Be well-rounded. I can't emphasize this enough.

Standardized test are important, but they aren't that important. This is coming from a guy who got 1560 on his SAT's and all 5's on the AP exams that my school saw. If you do well, great. It will just confirm the other facts. If you do poorly, you aren't sunk yet, the rest of your application is much more important. I knew people who got 1600 and didn't get in. I knew some people who were in the 1100's and got in. There were probably people even lower than that. So do your best, and as long as you are OK, then don't worry about it.

Be interesting. Don't do what everyone else does. This will come out in your application. These people read dozens of applications a day. Believe me, they all start to sound the same. If you have some unique talent or some special life experience, make sure it comes out in your application. However don't write about how winning the big game made your realize blah blah blah. They've heard it all before. At the same time, don't be too cute either. Chances are, among the thousands of applications over a dozen years, someone has tried the same tactic. Just be honest, and yourself.

Some things that aren't that important include your recommendations and your interview. Everyone gets a good recommendation. At worse, it can only be a small negative. The same goes for interviews. Don't stress over them. Most high-schoolers have never been in an interview, and they are very nervous going in. Believe me, it isn't weighted all that much. I didn't even interview with Princeton.  If you want advice on how to do well in your Ivy League interview, follow the preceding link.

That's all it takes, and a little bit of luck. Did I miss anything? If you have questions or want to know more about my experiences, feel free to leave a comment, and I'll try to respond.
Posted by T at 12:30 PM