Gambling, Stocks, and Beating the Odds 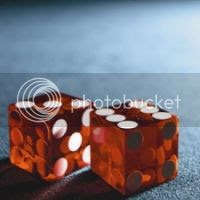 I listen to a lot of sports talk radio. On the radio today was a sports bookie and he was talking about where the good places to bet would be in the coming months. Right now, there are a lot of things you can bet on like the NFL regular season, the College Bowl Season, and Basketball.

Something he said really interest me because it applies so well to picking stocks. He was telling people where they should put their money this bowl season and was telling people to look at some of the smaller college basketball games. His reasoning was that there were so many people focused on the NFL and College Bowl Games that there was just not enough coverage of some of these smaller college basketball games and that meant there was great value there.

When picking stocks, this is the sweet spot. I will admit, I've not been great in this space, but one thing you as a small investor can do to gain an advantage is to look at the smaller, less well known names. The big names like Google and Goldman Sachs are very well researched. The odds of you getting an edge over someone else is very small. However, if you concentrate on the stocks not covered as well, you can find some great value.
Posted by T at 12:20 AM