Who Knew Running Could Be So Expensive? 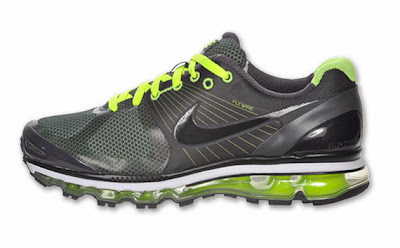 I recently took up running.  I am training to run in the Los Angeles Marathon in just a few weeks.  Running a marathon is one of those things that I decided I wanted to do at some point in my life.  I wanted to do it earlier rather than later before I got too old and would not be able to run a very competitive time.  I thought I would run one marathon and be done with it but it just so happens that I actually enjoy it. I will probably end up running a few more over the next few years and if I really enjoy it, I could see myself doing a couple a year until I can't run anymore.

That being said, I am ending up spending way more money on this activity than you would think.  Running is one of those things that should be really cheap.  There really is no equipment.  You just put on a short and a shirt, throw on some shoes, and then hit the road.  But over the last six months I have spent the following


All said, that is over$750!  That is a lot of money considering most of you can just go right now and go running for free.

Now some of what I have spent is because I have had legs problems since I started running longer distances.  Right when I got to double digits in terms of miles, I have had a few different ailments, mostly shin splints and knee pain.  At first I thought it was due to what I thought were high arches.  I won't get into physiology involved with this (underpronation vs. overpronation) but basically the shape of your feet have a lot to do with the type of shoe you should buy.  At first I just bought an arch support insert thinking it would help.  It actually  made it worse.  I then looked at buying different shoes.  Higher arched people should buy shoes with more cushion so I bought the Nike Air Max+ that you see pictured above.   So I bought the shoes but unfortunately, these shoes fit a little bit small.  This made them uncomfortable to wear so I decided to buy really thin running socks rather than wear my normal thicker cotton socks.  This definitely helped the shoe fit better but I still found that running would cause me to have pain, often severe, in my legs.  This caused me to buy the athletic tape and the calf support.  This definitely helped the situation but it didn't resolve it.

After much searching, and several weeks off form running, I discovered a problem with my thinking.  Although my feet definitely have high arches, I am also quite duck-footed.  That is, my feet then to not line up straight when I either stand or I walk.  they tend to be turned outward by several degrees.  Although my arch would suggest tend to run on the outside portion of my foot, the positioning of my feet suggests I run on the inner portion of my foot.  I have gotten the completely wrong shoe!

I had not really noticed this before because the problem is only slight.  They tell people to check their running shoes to see if they wear unevenly and my shoes normally wear fine.  I believe my problem is very small, but this small problem is magnified when I run long distance.

This shoe is much better for people who tend to run on the inside part of their foot which I am apt to do because I am duck-footed. It is probably too early to know if this will actually help me out but preliminary results look pretty good.  I went on a run last night and my legs aren't bothering me that much.  I am hoping this is the end of the money I have to spend on a sport that should otherwise be free.  But I am also looking at getting the CW-X running tights

(pictured below) if my knee condition does not improve.   That will be another $80 spent!  I'll let you know soon if I buy it and it helps.